Blue Peppers are a great two-member Tokyo band, consisting of Fukuda Naoki (left in the picture below) and Inoue Kaoru (right). If you don’t know them yet, definitely do check them out if you’re looking for some mature Japanese pop with strong AOR vibes and nods to city pop.

While their 2nd full album SYMPHONY is coming out in December 2021, here is an interview about their very first release: 2015’s Blue Peppers EP. Enjoy!

Note: You can buy Blue Peppers EP from CDJapan. 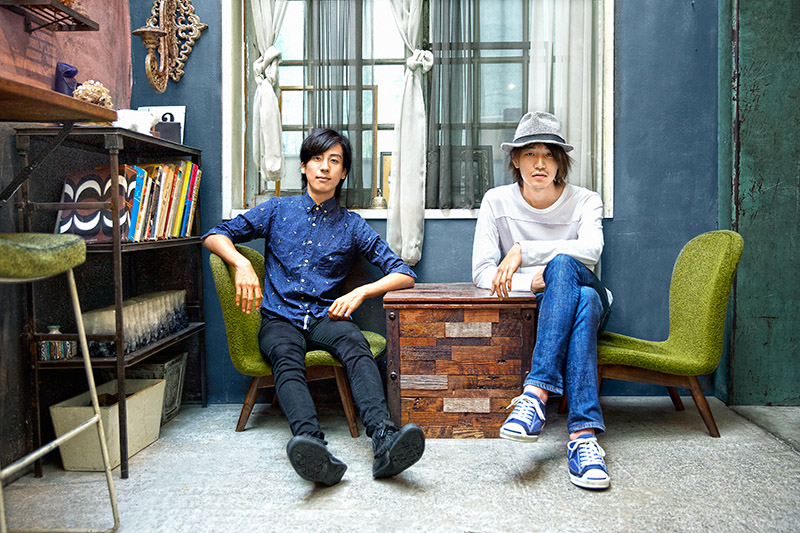 Blue Peppers is a unit consisting of Keio University boys Fukuda Naoki and Inoue Kaoru, and they are a tasty unit indeed. Their new release Blue Peppers EP came out on October 7, and its mellow sound sits somewhere in the borderline between a certain 90’s genre — which was itself built on top of a catalogue of great records — called “Shibuya-kei,” as well as another genre that has become a hot keyword in recent years: “city pop.”

Nonchalantly hinting at that “Keio Boys” image through their material which is both stylish and smart, their music has the sort of overwhelming originality which only the two of them could have created. If you’re looking for something that’s a little out of the ordinary, then here are two new faces you ought to keep your eye on!