Here’s a great interview with the amazing mouse on the keys, originally published at CONTRAST some time ago around the time their live DVD was released. If you’re a fan of mouse on the keys, and you’re the type of fan that’s interested in interviews and that sort of thing, then I’m sure you know just how scarcely mouse on the keys has those available (not to mention ones in English!). For those fans among you this should be a treat. 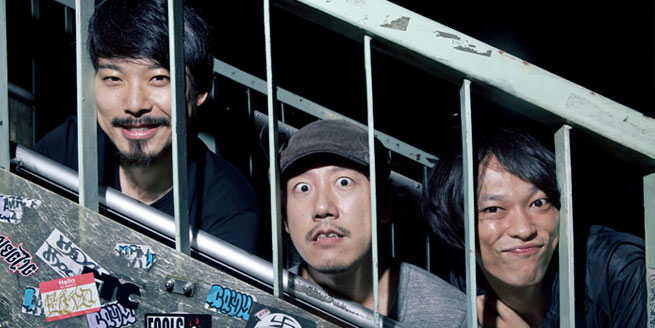 The subject of mouse on the keys’ DVD “irreversible” is their third European tour in March of 2011 that took them to the UK, Germany and Poland. It’s a lively tour movie that showcases their journey through seven performances in three countries. Captivating are not only the live performances filmed from a close distance, but also the clips of Europe in between with its impressive scenery and townscape. Depending on the person watching, there are various things to be taken away from it. That is one of the strong points of the work.

The tour took place from March 4th through the 12th. As you can see from this schedule, mouse on the keys came to know of the reality of Japan being shook by an unprecedented earthquake while they were in the middle of their tour. In other words, while “irreversible” is a pure record of their tour, it also captures how they experienced 3/11 while in Europe. Realizing that, it feels to me like a documentary that depicts not only the growth of this band on tour, but also the change of an era.

The director for this work was independent film director MINORxU. Though it is talked about in this interview, please do take note of how deeply involved he was in the making as well. You’ll come to know what kind of environments mouse on the keys and MINORxU worked in, what kind of musicians they spent time with, and you’ll get context as to how they lived during that time. I got to talk to mouse on the keys and look back on episodes that happened during the tour, the history that’s documented on “irreversible” and what can now be said about the things that aren’t documented.