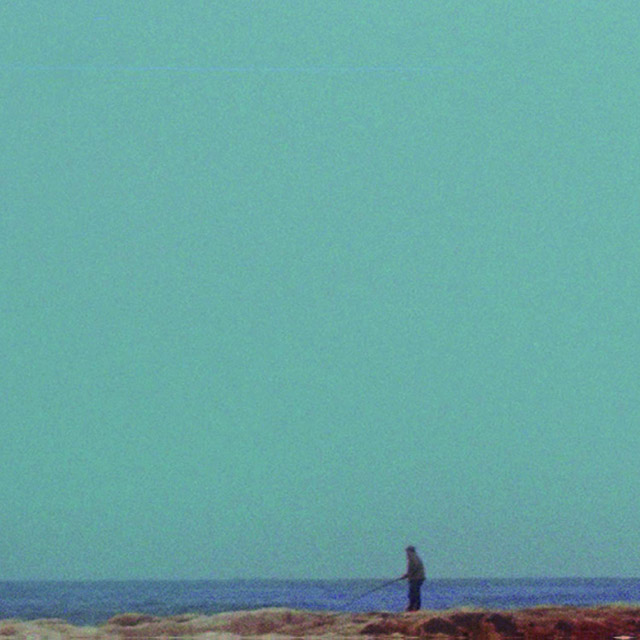 — First off, I’d like to ask you to reflect on your first album, Public Morality. How do you feel about your debut album being so well-received by the public? What do you think about the album today?

Mid-Air Thief: First, thank you for the interview. I have no clue as to how well-received it was, but I’m glad if people are listening to and liking my music. I’m grateful. When I was making the first album I remember thinking, “What am I even doing?” Even after its release I’d sometimes still think I’d made something I shouldn’t have. But now, I no longer feel that way.

Upon finishing work on my second album, I went back and listened to the first album to check on the volume and the sound and things like that, and to be honest I thought it was fascinating. I thought I’d just listen to the first song or two, but I ended up listening to the whole thing. (laughs)

— Having released such an ambitious, high-quality, dense first album, the expectations and pressure you put on yourself must have been immense. What was the motivation and driving force behind this second album?

Mid-Air Thief: Having given everything I had to make my first album, it honestly just left my head pounding for a long time—I swore I’d never make music like that again. But then after some time had passed, I started to feel like maybe I could give just one more shot at making something like that again. That’s when I started working on the second album.

I did a lot of other things during that time, too. Scrapped projects that never got a release, an album with over ten songs that got turned into a four-song EP (Forest of Mirrors, released in 2016), etc. That was all quite inspiring for me. 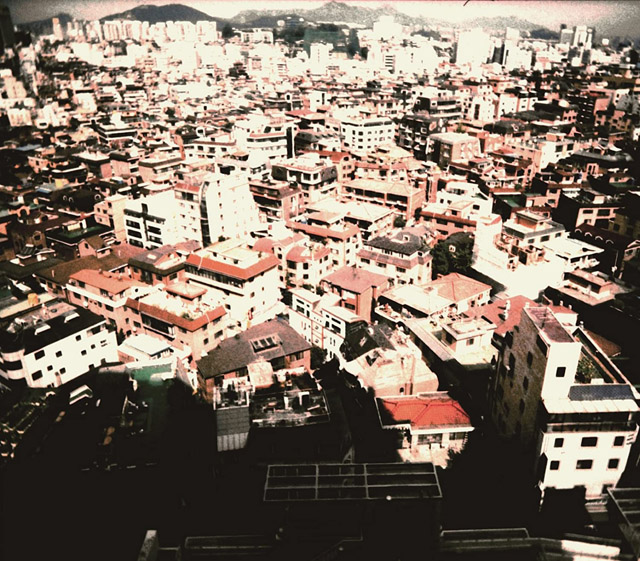 — Could you list the main aspects you were focusing on during the production of each of your two albums? What were you paying attention to on your previous album, and were you consciously trying to make this new release different from your first one? Please list both the general and more specific points for each.

Mid-Air Thief: With the second album, I had a more concrete plan compared to the first album. I had the idea that by focusing specifically on my weak points and the things I’d previously always avoided during production, that would make it easier for me to make music in the future. Thus, what I ended up putting the most time and energy into was writing the lyrics (although with the songs I really couldn’t do on my own I asked Summer Soul to help). I cut back on the unusual effects and sound samples, instead focusing more on the song structures and chord progressions.

Also, on this new album I was rather conscious about the possibility of playing these songs live as I was writing them, so that affected the choices I made regarding the instruments and arrangements. I cut back on the sampling, and it’s a less electronic album than the first one. Sound-wise, I put more emphasis on the low tones. The first album by this band I love called Dumbo Gets Mad has these incredibly deep low tones, and I was so taken by their sound that I had to try it myself. Also, while it wasn’t my intention from the onset, I wanted to make songs that were long but that could still hold the listener’s attention until the end.

— What was the initial idea or concept behind this second album? Also, when was it made? Did you write all eight songs after you had already finished making your first album?

Mid-Air Thief: Yes. I started writing all of the material at the end of 2016. I couldn’t tell you what the initial idea or concept was exactly, but I spent about a year and a half making it. Although it wasn’t just these eight songs—my vocalist quit halfway through and I had to start all over again, so it took quite a long time.

As for song ideas… For example, with the first song I thought it would be interesting if the outro in the first part and the outro in the second part were the same—it was like putting together a puzzle that way. I actually changed up the second part completely about a week before I finished making the album. There were several parts near the very end of production that I ended up changing because I thought something about them sounded a bit off.

— What equipment did you use during production? How about the recording environment? I would appreciate it if you could tell us about both the analog and digital equipment used.

Mid-Air Thief: Recording environment-wise, the establishment upstairs (above my underground apartment) changed from a cafe to a pet salon, so it was pretty much the same as with the first album. The annoying sounds of human footsteps were replaced with those of puppies, so that was good.

For the analog equipment, I mainly used a TASCAM M-06 mixer, an Akai X-150D reel deck, a Portastudio 4-track cassette deck, and a micro cassette recorder.

Also, there’s this strange language learning machine called Dr. Wicom made by Lucky Goldstar that I happened to pick up somewhere in good condition. (It’s an electronic machine made for language study that looks like a cassette recorder. It lets you easily change the playback speed.) I used that a lot, too. It has EQ on it by default because it’s for language practice, so whenever I’d recorded something with too much range on it, I’d send it to that thing and back. I also made lots of use of equipment by DIYRE (you get to solder together 500 Series equipment by yourself).

As for plug-ins, I mostly used Fabfilter and iZotope. Fabfilter’s Pro-Q is the only EQ software I can bear to use. I just love it too much…

— Contributing her vocals and lyrics, I understand Summer Soul played a part in the overall sound of the album. How did she come to be a part of this release?

Mid-Air Thief: Due to me being so overly dictatorial about my music, the vocalist I had previously been working with quit and so I was working on the release without a vocalist for some months.

During that time I recalled previously exchanging some messages with Summer Soul on SoundCloud. She had featured on a lot of other artists’ tracks by that point, and so I asked her if she might be interested in collaborating with me, too. Her voice and her style of singing are so cool, I figured she’d be a great fit for my music as well. She took my wishes about the lyrics into consideration so graciously, and she was also very quick in recording. She was such a big help on this album.

— As music from South Korea, I feel like yours is a very unusual kind of music—something one can’t hear anywhere else. Could you tell us a little bit about your personal upbringing and your musical experiences?

Mid-Air Thief: As a child I was listening Korean music like god and Seotaiji, but as I got older my tastes changed considerably. Talking to my friends who are also doing music, they all tell me how their friends, their seniors at school, or their childhood music teachers would give them music recommendations. “Listen to this. It’s good stuff.” But I never had anyone like that in my life, so I was a lot slower in expanding my musical horizons. (The first album I ever bought was Metallica‘s St. Anger. (laughs))

Joining my university’s electronic music club was a big influence on the kind of music I would listen to and make myself. Every week I was being exposed to fresh (hard to find) music, and that really opened up my ears. They also had some pretty famous beatmakers coming in to teach us about how to make music, and that too was a huge inspiration. 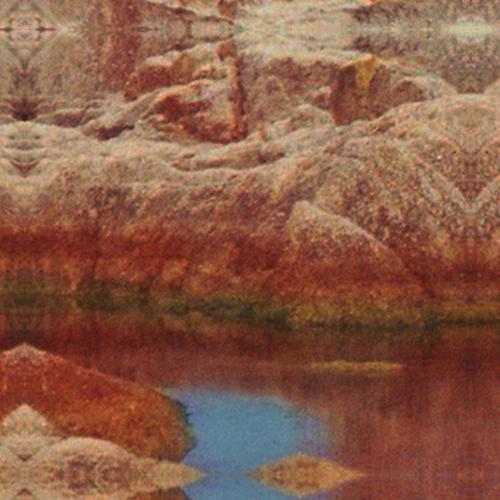 — These days everyone has their preferred way of listening to music, whether it be through records, CD’s, digital downloads or subscription (streaming) services, YouTube and other websites… Personally, how do you usually listen to music?

Mid-Air Thief: Probably 95% of it is downloads through Bandcamp. I download both the MP3 and WAV—the MP3 goes on my iPod and the WAV into iTunes. But around two years ago my 240GB iPod became full and so now if I want to put new music on it I first have to delete old stuff that I don’t listen to as much. It’s just painful.

I like to go for walks and listen on my headphones. Oftentimes I’ll be listening to a song and it’ll remind me of another song or artist and then I’ll be looking it up on the spot. The iPod is useful for when I want to compare two different remixes or the sound between two different songs, so I always worry about running out of space on that thing.

The other 5% is YouTube. Not owning the actual music files makes me anxious somehow, so I’ve never once used streaming services myself.

— Fans have already been writing their impressions about this album on sites like YouTube and Bandcamp, and certainly many are looking forward to your future activities. I understand that you’ve recently been searching for band members to play live with. Could you tell us about your future plans, including any possible live performances?

Mid-Air Thief: After desperately looking for and finding a drummer and a pianist to play live with, when I listened to the audio I recorded of our first rehearsal it just made me terribly depressed. (laughs) I’d found these two terrific musicians only for them to have to play my crappy music. I felt so bad for them.

So now I’m thinking of taking things in a bit of a different direction. Playing material from my first two albums is one option, but going in a totally electronic music direction might not be a bad idea either. I’ll have to give it some more thought and then get started on whatever it is I decide.

— Finally, is there any chance of you performing in Japan? Do you have any message to Japanese fans?

Mid-Air Thief: It’s strange to think that my music is being listened to in Japan. I’m grateful. Performing there… As I said above, I’ll first have to decide on a direction for the band to tell when I can perform live.

In any case, thank you for listening to my music. It’s a bit of a different direction compared to the first album, but I do hope you enjoy my second album, too.